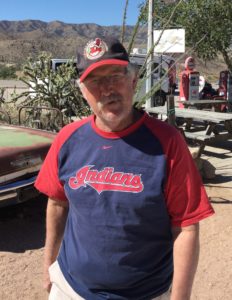 Texas has long intrigued us with raucous tales of its fiercely independent past: The Wild West, shoot-’em-up battles, the Alamo defiance, cattle round-ups, the legendary Texas Rangers … and that only touches on a tiny bit of this fascinating state’s story. Kicking off a new year of BGES touring, historian Neil Mangum is leading two tours in February 2020, “The Texas Two Step 1 and 2,” that takes in all of the above, plus Galveston’s natural disasters, Chester Nimitz and WW2 in the Pacific, Houston’s space contributions, even Luckenbach in Texas Hill Country, made famous by Waylon Jennings and Willie Nelson. We caught up with Neil to ask about his take on this vast history.

BGES Blog: What is your personal interest or connection to Texas history?

NM: I enjoy a personal interest in Texas history since I lived in the Lone Star State for nearly two decades. This state enjoys a wide range of history, particularly since it at one time was its own Republic, which none of the other states can boast. Besides its association with Indian culture and history leading to centuries-old conflicts with European cultures, the state registers affiliations with the Civil War and beyond like the Texas Cattle trails. Not to be outdone is the fact that Texas is making space history every day, and the tourism sites affiliated with the space industry are alive and well. A featured stop on the Texas two-step tour will be a tour of the Johnson Space Center in Houston.

BGES Blog: Texas has such a broad and varied history. In your opinion, what are the most significant events? Why?

NM: If you were to ask me what were the most significant events of Texas history, it would be the struggle by Texans  to gain their independence from Mexico. And to the everyday Texan that is true to this day. All you have to do is look around at the monumentation throughout the Lone Star State. The monuments commemorate Texas Independence. The Texas two-step will hit many of the sites and cover the events of Texas’s Independence struggle with Mexico.

BGES Blog: Can you give us an interesting vignette or preview of something that tour participants will hear on the tour?

NM: When touring the Alamo I find that most people are surprised at how small the Alamo is. The extant Alamo compound  is a mere fraction of its original size. Nor does it help that what remains is surrounded and dominated by the San Antonio skyline; nothing  of the cultural landscape exists. Unfortunately, one has to really use their imagination to conjure up the exact size of this facility at the time of the siege and battle. We’ll go out to Mission San Jose, which has been reconstructed, but it gives the public a better concept of how spacious the Alamo actually appeared.

BGES Blog: Texas has its fair share of history connected to the USA, though it’s always had a spirit of independence. Where does this independence stem from and how has it helped to shape the state?

NM: To me, Texas Independence is rooted in the ideas and principles of the American colonists who threw off the shackles of control by the British and won their freedom in the American Revolution. No less of an ideal was reflected in the fledgling Texas settlements, who likewise discarded the shackles of control by Mexico and won their freedom on the battlefields.Today, as one drives in the Lone Star State, you’re greeted with Texas state flags just about anywhere you go. The flag symbolizes Texas freedom and harkens back to its roots. The flag is proudly displayed by a majority of its citizens of which no other state can boast.