BGES is proud to be partnering with the following organizations.

Friends of Raymons is an all volunteer organization founded in 1998 to preserve historic sites around Raymond, Mississippi. The group has purchased, preserved, and provided historical interpretation for the original site of the Battle of Raymond, which was an important part of General Ulysses S. Grant’s 1862 Vicksburg campaign during the Civil War. They work closely with the City of Raymond to coordinate historic preservation efforts for this beautiful and historic area. See the website at: www.friendsofraymond.org 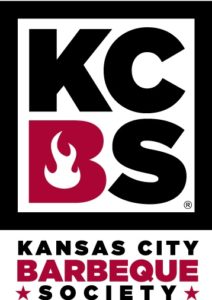 Kansas City Barbeque Society is a nonprofit organization dedicated to promoting and enjoying barbeque. It is the world’s largest organization of barbeque and grilling enthusiasts with over 20,000 members worldwide. See the website at: kcbs.us

The Lincoln Archives is the only website that will have digital versions of all federal records related to the Lincoln White House years. This includes State, Treasury, War, Justice, Interior, etc., records. Primary and secondary sources, such as maps, photographs, newspaper articles, political cartoons, letters, and journals from the Library of Congress, will also be included. Together, these documents will work together to present a new perspective on Lincoln and the Civil War era. The Blue & Gray Education Society funded specific expenses of the project for nearly two years. See the website www.lincolnarchives.us.

The Medford Historical Society has one of the largest private collections of the Civil War era and 19th-century photographs. Blue and Gray Education Society and Medford Historical Society have partnered to make these photographs available in digital format. The total collection comprises over 3,300 different images, including carte de visites and excellent quality prints acquired nearly 130 years ago. Be sure to check out the latest images on the BGES Blog, where you’ll have the chance to comment and contribute any insights you might have into them. See the website at: www.medfordhistorical.org 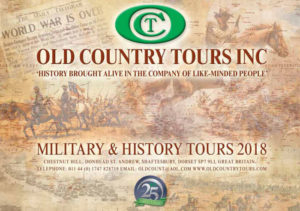 Certain BGES tours in Europe are planned and conducted by Old Country Tours, a carefully vetted organization with highly qualified European historians and over 20 years of experience planning and conducting educational events. Old Country Tours are run by Peter Gasgoyne-Lockwood, who spent much of his childhood in various parts of the world. After school he joined the British Army and continued to travel and, wherever possible, used his spare time to study battlefield sites and the various campaigns. See the website at: www.oldcountrytours.com

Donations from members of the BGES have funded half the cost of a full-size functioning 12-pounder Napoleon smooth bore cannon for use in their Civil War Adventure Camp. See the website at: www.pamplinpark.org

The Petersburg Battlefields Foundation supports the Petersburg National Battlefield Park and covers the five different cities and counties in the region. Their first project involved the purchase of .94 acre next to Fort Patrick Kelly. They’re working on acquiring the fort, which was built in response to the Beefsteak Raid in September 1864, along with a rear-facing line that protected the Petersburg front from attack from the rear. The foundation’s goal is to protect sites not covered by the American Battlefield Program. They also plan to offer tours and presentations in the future. See the website at: petebattlefields.org

Established in 1855, the South Carolina Historical Society is dedicated to expanding, preserving, and making accessible its invaluable collection, and to encouraging interest and pride in South Carolina’s rich history. The BGES has formed a strategic partnership with the SCHS. See the website ate: www.southcarolinahistoricalsociety.org